US companies in Europe : Expansion strategy

Where do US firms land in Europe?

UK and Ireland first then other Western European Countries (Continental) 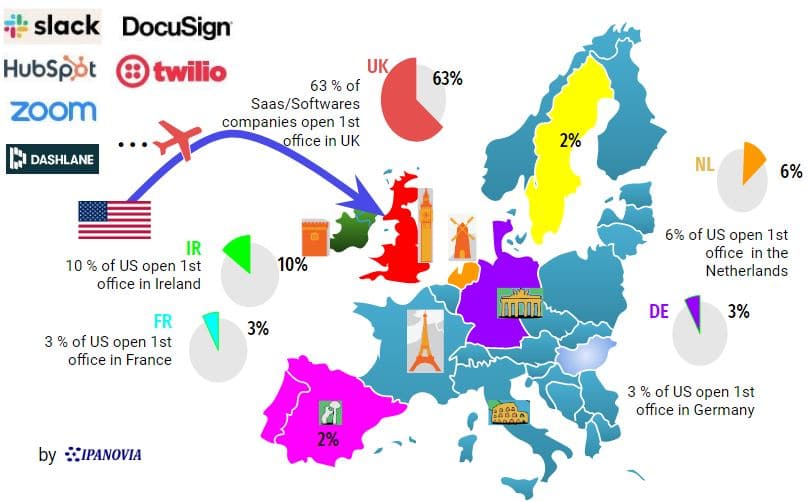 The US companies expand in Europe as the first oversea destination

Who are the companies openining an office in Europe

Phamaceutics, Softwares, Saas companies and Finance are leading the move to Europe.

How are the European Countries selected

Finance and Cultural assets rank at the Top of selection criterias.

Language and Cultural proximity are the first selection criteria.

The popularity of Amsterdam and Dublin is related to the low corporate tax advantages offered by the 2 cities.

Although Paris, Berlin, or Madrid may offer great infrastructure and business environments, they are often chosen as a landing base for the 2nd or 3rd office only. Once companies got successful in establishing their first office, they see it as an opportunity to get closer to their larger customers.

On average they have opened their first office within 6 to 8 years following their funding.

What are the key drivers ?

What Percentage of the workforces in each respective European location. 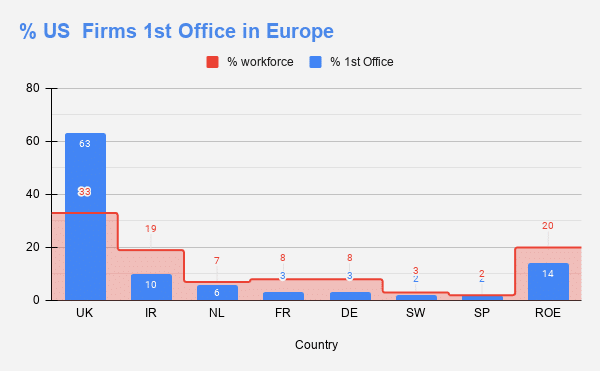 There we have a quite different picture. We see that 2nd choice locations grow more rapidly than the 1st office.

Setting up an Office or Subsidiary

One can wonder how Brexit is impacting the choice of US firms when opening their first office in Europe. Well, new office openings in Europe dropped by about 60 % in 2020, partly explained by the pandemic.

Surprisingly, it does not seem to affect UK and London on a larger scale than other countries. It becomes obvious that most US company CEOs do not have a clear picture of the meaning and consequences of Brexit behind the fancy term. One exception may concern Fintech, as it is commonly publicized.

At the same time, existing European operations of US firms continue to hire at a high pace.

This is the result of a survey among the top 175 US companies with a high profile in the B2B Software industry. Under review Zoom, Slack, Dropbox, Zendesk, Elasticsearch, Apptus, Dashlane, Hubspot, Docusign, Twilio, Apnexus, Cloudfare, Dropbox … just to name a few of them. We consider an office once it has at least 5 employees. This survey was conducted on companies that have been established in Europe in the last 15 years. 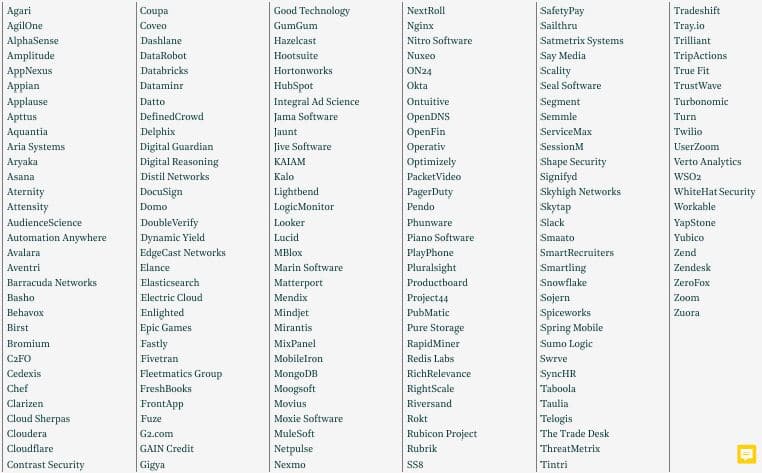 About US trade policies, you can consult the ITA  ( US International Trade Administration)

When it comes to international expansions, a wrong choice can be very costly . We give you our advices on Going Global

Since 2019, France is the leading destination in Europe for Foreign investments. Why do foreign company choose France. Our review of attractiveness, investments by sectors and breakdown of investing countries for your guidance.

Our experts will be pleased to help