They chose France, Who are they?  Why do they Invest in France ?

These companies are world champions who have decided to invest in France in recent years. 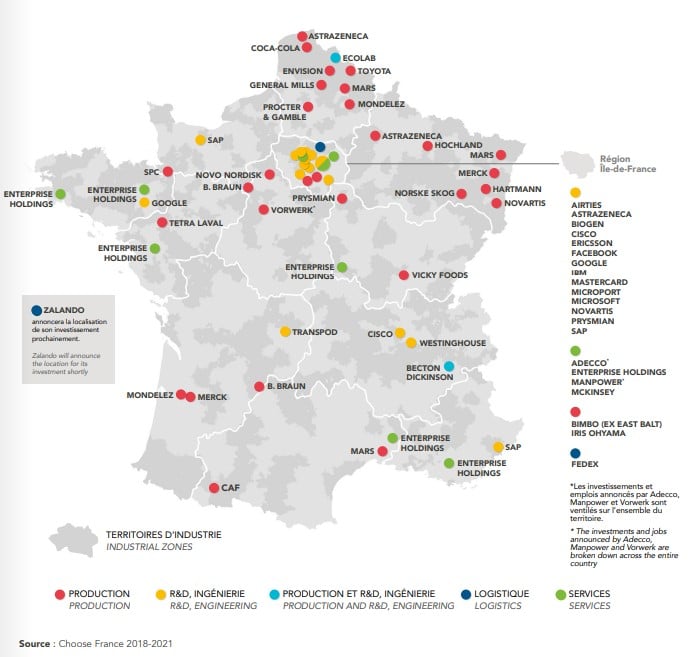 As a key forum for foreign investors, every year,  the Choose France Summit presents, details and explains the reforms undertaken to foster France’s economic
activity to major foreign companies. During Choose France, ad hoc meetings are organized for participants, including bilateral meetings with the key players in the French business
environment, and themed workshops on the major economic transformations and reforms launched by the French government.

Attractiveness for Invest in France

Since 2019, they have enabled France to become the leading destination for foreign investment in Europe,  with 180,000 jobs created. In 2022, the new investment projects amount to €6.7 billion.

Leading Invest in France by Country 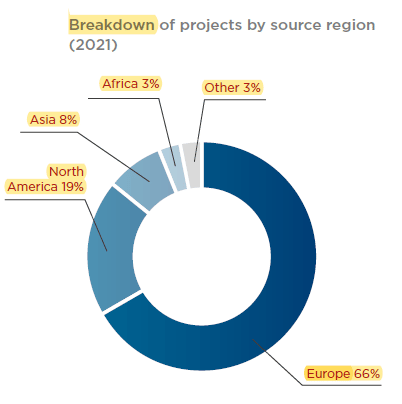 Purpose of the Investments

In 2021, France is the first European destination for industrial investments (30 investments). First place also for Research and Development (R&D), which represents 10% of all investments. Altogether 7% of Investors decide to locate their European headquarters in France.

The projects are  almost equally divided between new creations of locations and extensions.

Breakdown of Investments by sectors

The main investment sectors in 2021

🇪🇸 Spain with Amadeus in the Alpes Maritimes

🇺🇸 Fedex in Roissy, Globalfoundries in Isère or Qualcomm

🇮🇪  Ireland with Accenture in Finistère.

Top Invests by Sectors past 5 years

Major Investment are specifically growing in Europe, the is the case of Battery and Electric Vehicles related Investments . A number of “Gigafactory” are currently under project.

How to settle in France

A specific resource gives detailed information on  how to settle in France. You will find guidance on Visa and resident permits, Employment regulations, Taxation, Social protection and cultural aspects.